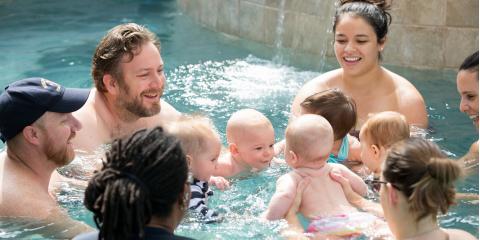 It’s no surprise that swimming early on can improve a child’s social interaction and knowledge of water safety, but recent studies have shown that children who are swimming at an early age achieve key learning milestones up to 15 months faster than non-swimming children. It’s also very important to introduce your children to swimming at an early age to increase drowning awareness and prevention in the future.

A 2013 study by Australia’s Griffith University shows that children enrolled in swim lessons learned motor, cognitive and socio-linguistic skills at a much faster rate. Swimming Los Angeles Swim School founder Matt Harrigan says children can’t really learn competitive swimming strokes until they’re about the age of three because, developmentally, their brains aren’t ready. However, waiting until your child is three years old to start lessons can “give you a ton of problems later on.”

“We recommend infant swimming because there are social, physical and intellectual benefits; the earlier you start the better,” Harrigan states. “Through hearing instructions in multiple ways, they’re actually picking up language, and it’s stimulating their brain to develop faster.”

At home, parents can introduce their infants and toddlers to water early on by giving showers and baths to help increase their water comfort. Additionally, enrolling them in infant or toddler swim lessons, in a group format, will help your children grow by receiving instructions from multiple voices and listening to the songs in Swimming LA classes.

Swimming LA Swim School aims to change the way people think about swimming. Of course, it’s great exercise and swimming classes can build strong social skills for your child, but it’s much more than that. They have developed an innovative approach to learning that engages babies and toddlers.