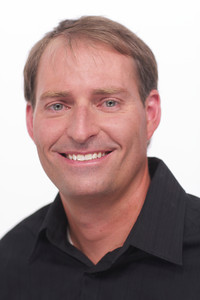 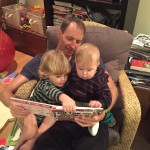 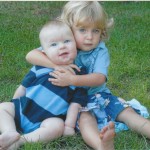 In the video below, Matt highlights some of the ways swimming at an early age can add intellectual capital to your child and what you can do at home to help your child become more comfortable in the water. Watch more of Matt's swimming-related videos below.

Matt learned to swim independently by the age of 2 in his hometown of Pittsburgh, Pennsylvania. He went on to become a 5-time state champion in high school in 3 events and eventually qualified and competed in the 2000 U.S. Olympic Trials in the 400 IM and 200 Breaststroke. Matt swam intercollegiately during his four years at Princeton University where he won two individual Ivy League titles and is a former university record holder.

After Princeton, Matt embarked on a career in finance in New York City as an equity research analyst for Jefferies & Company and subsequently as a real estate investment banker for Bank of America in San Francisco. Simultaneously, Matt re-entered the world of swimming competition in 2008 as a member of The Olympic Club in San Francisco where he won seven individual U.S. Masters National Championships and set the Masters World Record with his 200 Freestyle Relay team. Matt also set the Masters World Record with Southern California Aquatic Master’s 800 Freestyle Relay team in 2009. Over the years, Matt realized his passion was not only in the real estate finance, but also in helping others and early child development. Relocating to Los Angeles in 2009 and returning to his love of swimming, Matt became a swim coach and his coaching resume now includes, Harvard-Westlake High School, Notre Dame Academy and UCLA Bruin Masters. In 2009, Matt also became a certified infant toddler swim instructor through the US Swim School Association and launched Swimming LA.

Matt truly enjoys every day of work now and genuinely loves teaching his learn-to-swim classes. He values each student's background and appreciates families that understand the importance of early age swimming. Matt is passionate about water safety, educating parents, teaching students of all ages, and believes all swim schools should be up to date on the latest research in child development and early age swimming. There are many advantages of starting kids in the water early, but Matt is most fascinated by the Intellectual Benefits of Early Age Swimming.

In June 2015, Matt also joined PACE Equity LLC as Managing Director of Southern California. Matt is very proud of his wife, Sonja, and their two young boys, Waylon and Otis. Matt loves reading to his kids and teaching them about nature, music and sports. He practices with his boys what he preaches to his patrons - lots of time in the water and a healthy dose of showers in lieu of baths at home.

In the video on the left, Matt highlights some of the intellectual benefits of early age swimming:

In the video on the right, Matt discusses preventing or overcoming fear of water:

In the video on the left, Matt discusses:

In the video on the right, Matt discusses how Swimming LA teaches children how to hold their breath:

In the video on the left, Matt discusses tips on pool safety for kids: